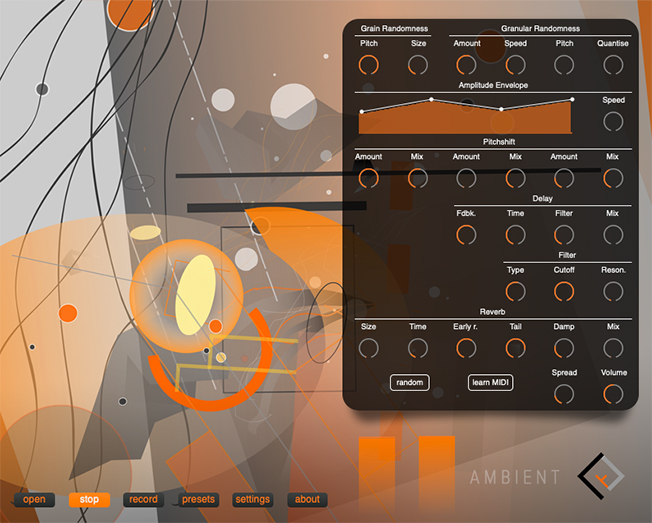 AMBIENT – v4 is a unique ambient soundscape generator capable of producing a vast array of ambient textures, from the bizarre to the beautiful. The module has already featured on numerous professional recordings demonstrating its versatility in bring inspiration to the creative process.

AMBIENT processes any WAV or AIFF sound you care to load into it. The possibilities are endless.

Once the artist has achieved the sculpted sound they desire they simply press record to output the new sound WAV – with the option of live recording any tweaks of changes they choose to make. Often the output WAV will be then imported into a DAW of the artists choice.

Version 4 Update: AMBIENT – v4 updates, improves and builds upon customer feedback provided by v1. It is now compatible with the latest Osx and Windows platforms and has an improved GUI.

The granular function is capable of transforming and mutating sounds into gentle molecules of ambience all the way to harsh and crunchy Autechre style sound-assaults.